At the weekend I was lucky enough to enjoy a trip on the Keighley and Worth Valley Railway, a volunteer run heritage railway line which serves a 5 mile stretch of Yorkshire. The stations it serves are Oxenhope, Haworth, Oakworth, Damems (request stop only), Ingrow West, and Keighley. Along with my companions I travelled from Haworth to Ingrow West before making the journey back to Oakworth, and then finally, returning to Haworth in order to visit the Brontë Parsonage Museum which is currently celebrating the bicentenary of Emily (1818-1848), author of Wuthering Heights, and the temporary return of the only authenticated portrait of the three Brontë sisters, The Pillar Portrait, painted by their only brother, Branwell Brontë in 1834.

Here a few snaps from the day to look through. I hope you enjoy them, and that it encourages you to take a trip to Haworth in the near future. The Pillar Portrait will remain on display until 31st August 2018 when it will be returned to the National Portrait Gallery in London. Catch it while you can! 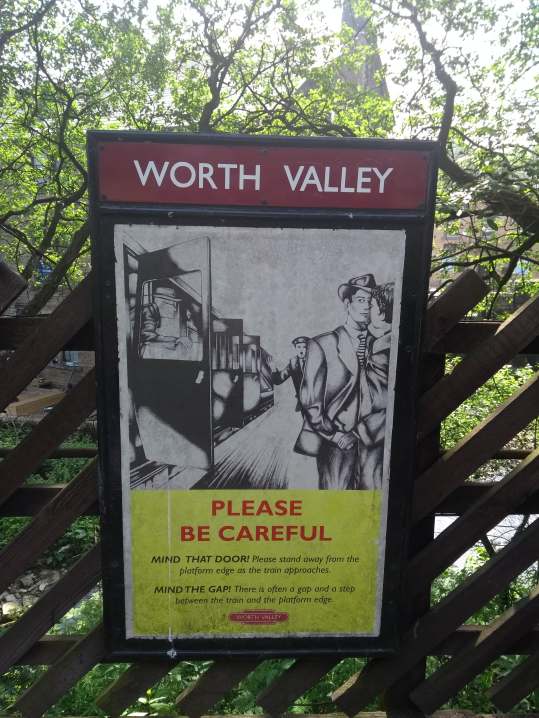 Ingrow West is a charming little station that is home to the Ingrow Loco Museum and Workshop, and the slightly smaller Rail Story Education Centre. There’s an awful lot to take in in what looks like just a shed from the outside, especially in the case of the Loco Museum which features thousands of pieces of train memorabilia in addition to historic carriages that you can climb aboard.

Below are just a few examples of the wonderful memorabilia housed inside the Ingrow Loco Museum. 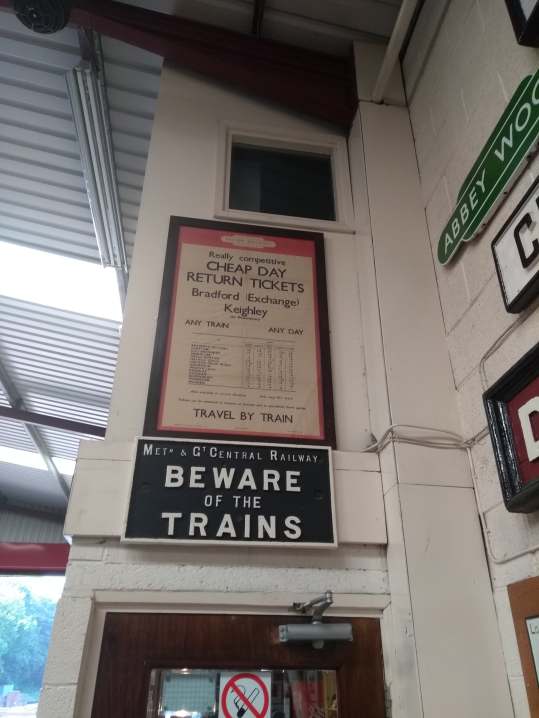 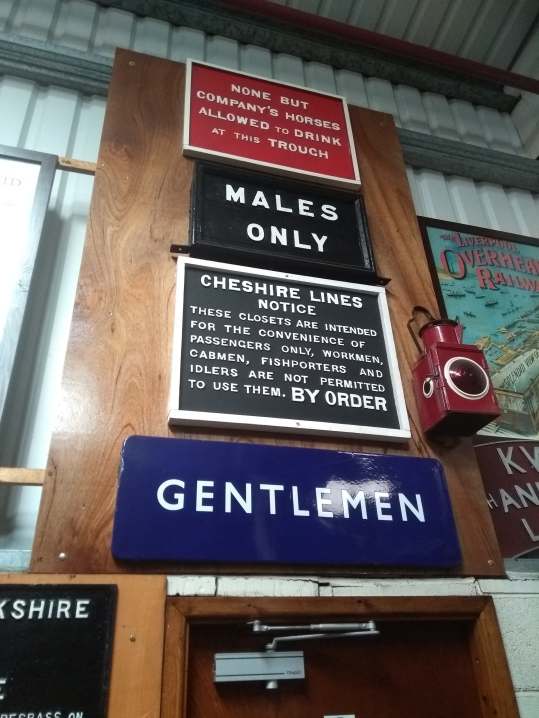 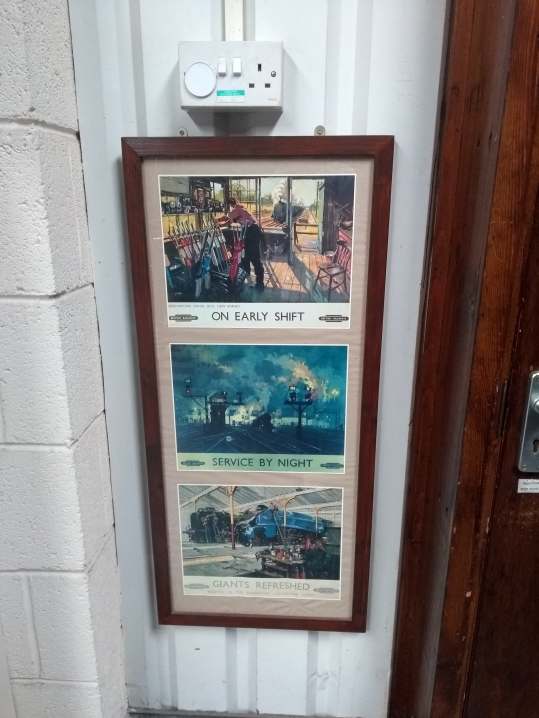 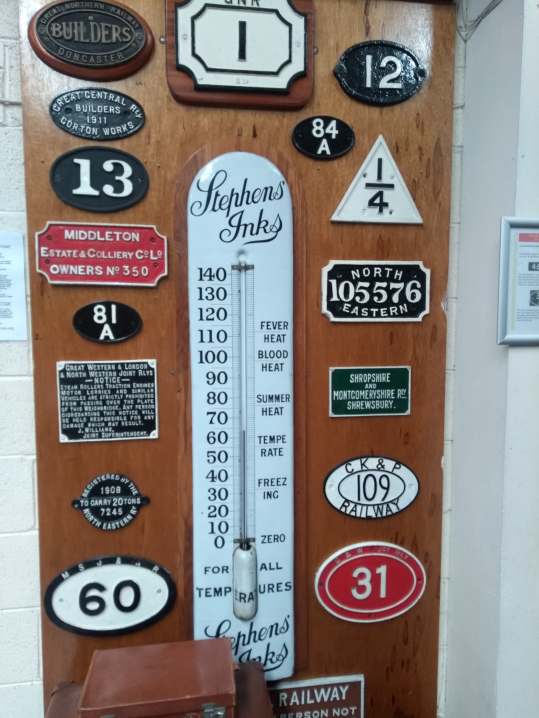 The museum also features carriages that you can sit in, some of which have been used in TV and film productions over the years including Housewife 49, North and South, and Peaky Blinders. 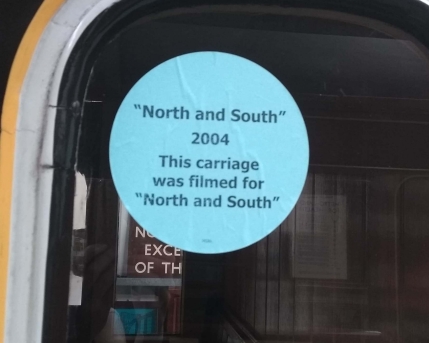 Above is one of several carriages which were used in in the 2004 TV adaptation of North and South by Charlotte Brontë’s friend and first biographer, Elizabeth Gaskell.

Above different types of carriages can be seen.

Oakworth is famous for featuring in the 1970 film The Railway Children (alongside Haworth), and the station retains its Edwardian charm and is preserved to show how it would have been from 1905-1914. 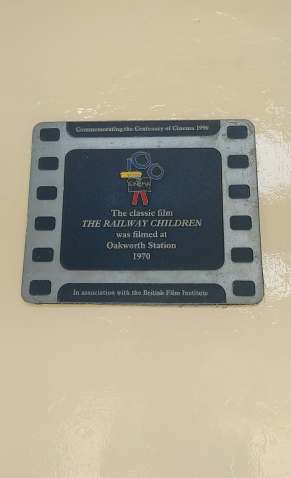 Plaque to mark filming of The Railway Children

The main attraction this year is the Emily 200 exhibition, however, it has temporarily been eclipsed by the arrival of The Pillar Portrait. I heard more than one person express that their reason for visiting was to see this magnificent picture. It was also the reason for my own visit. Welcome home girls. 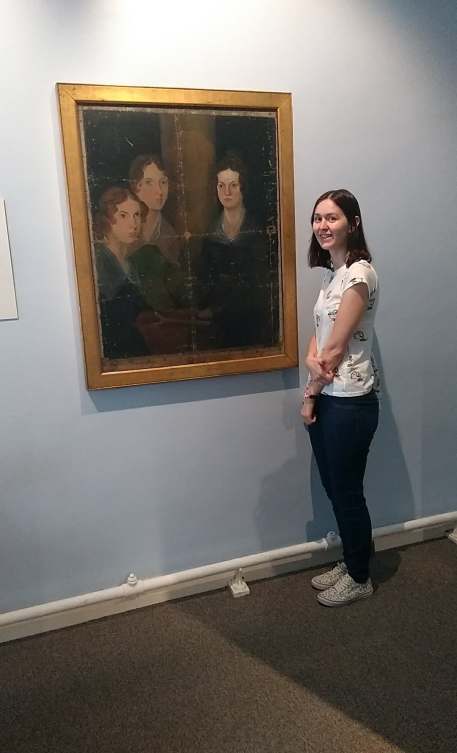 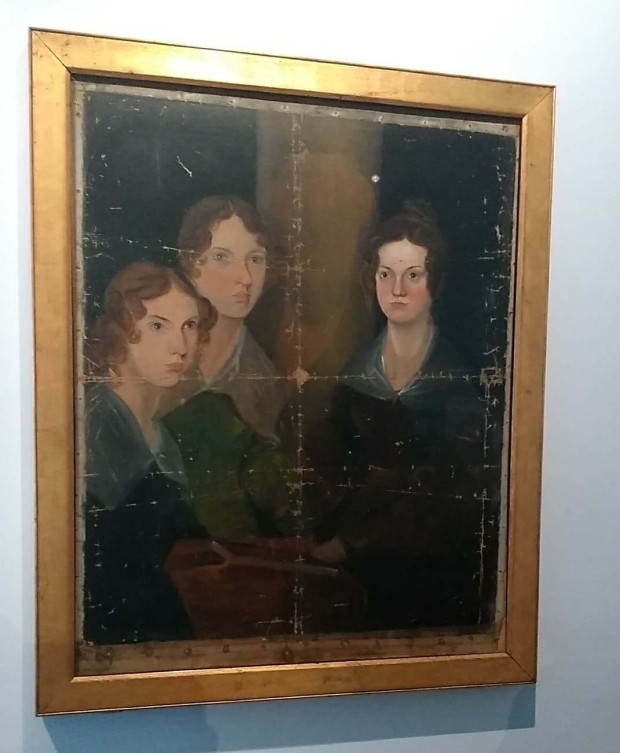 Despite it being Emily’s bicentenary, I have to express my disappointment with the Making Thunder Roar exhibition. Charlotte’s was also slightly disappointing as I expected more of her own original material to be on display, however, there were some fantastic modern pieces on show around the museum to make up for it. I would have liked more focus on her early fiction though. If ever there was an opportunity to bring the Brontë juvenilia out of the shadows, that was it. Unfortunately it was missed though. Branwell’s celebrations last year were excellent. Perhaps this was because there was a real focus on his literary work rather than his troubled personal life. There were also some excellent original poems created by Simon Armitage to mark the occasion. 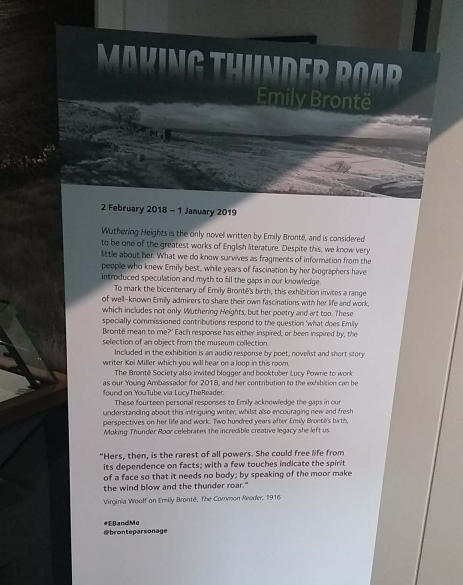 Emily’s was by far the most disappointing though. It doesn’t help that there is no surviving correspondence of hers to display, but the display of the famous diary papers was a welcoming touch to an otherwise boring exhibition. I’m not entirely sure what was going on. It seemed to be a room full of quotes about Emily from a selection of extremely random people, including the Brontë Society’s Creative Partner for 2018, Lily Cole. 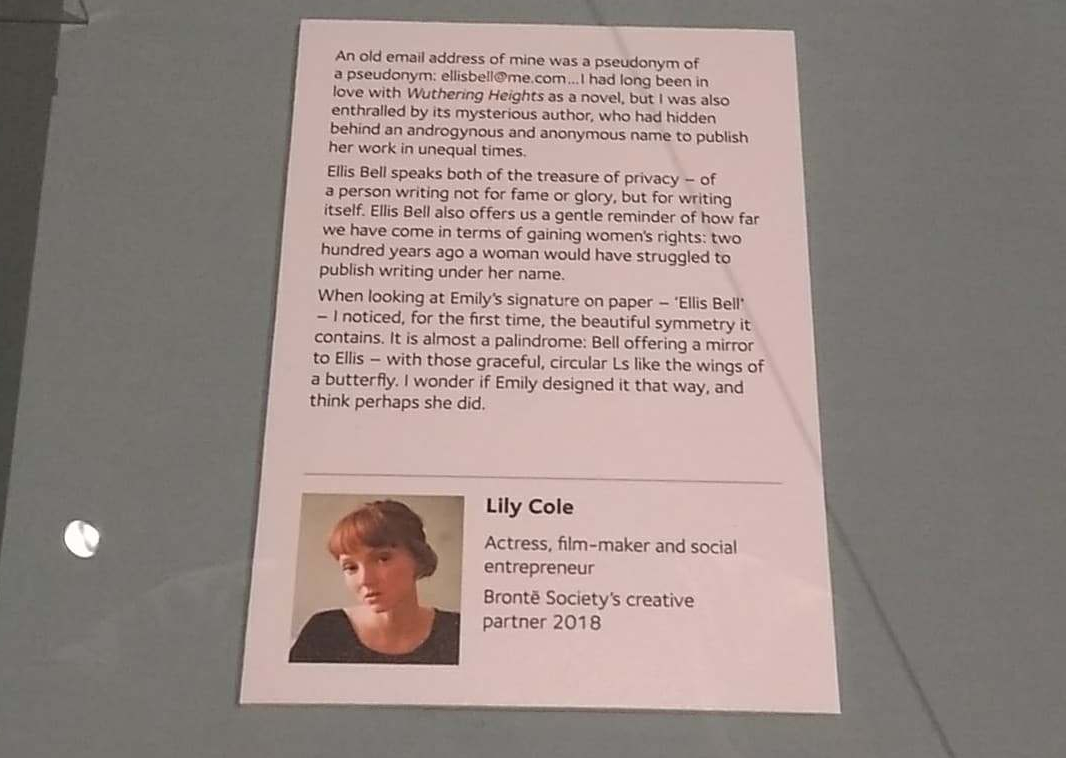 I’m all for giving people a chance, but all Lily Cole seems to have done is prove those who were bemused by her appointment right. I’m not exactly sure what her role is or what she’s done for the Brontë Society and the legacy of Emily Brontë. I don’t even know what, if anything she had to do with this exhibition. She may be giving talks, lectures, writing papers etc., but if she is, then I’d like to see some evidence of this because if you’re going to be labelled a creative partner then you’d better live up to that title. I know of other people who are doing far more to promote Emily’s legacy, including a writer who was attacked publicly for misogyny and resigned from the Brontë Society after Cole’s appointment. Rant over. Please prove us wrong Lily, for Emily’s sake. 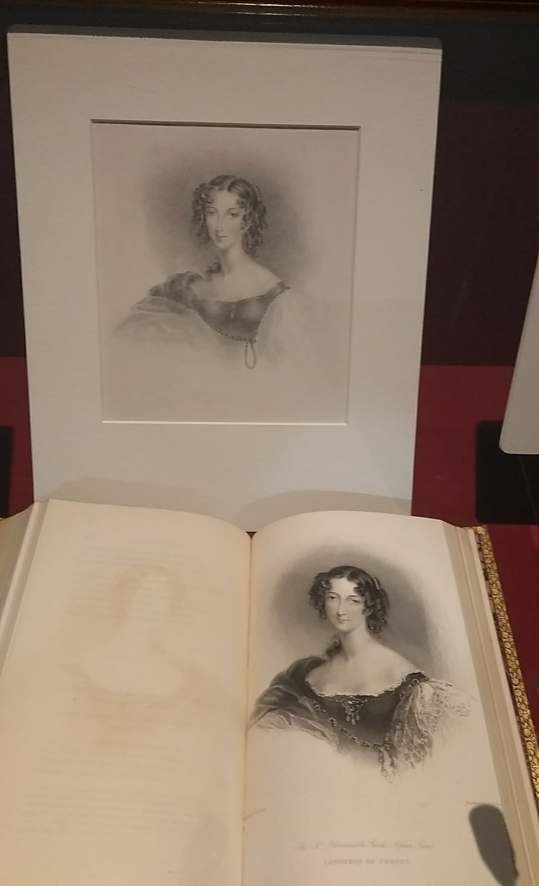 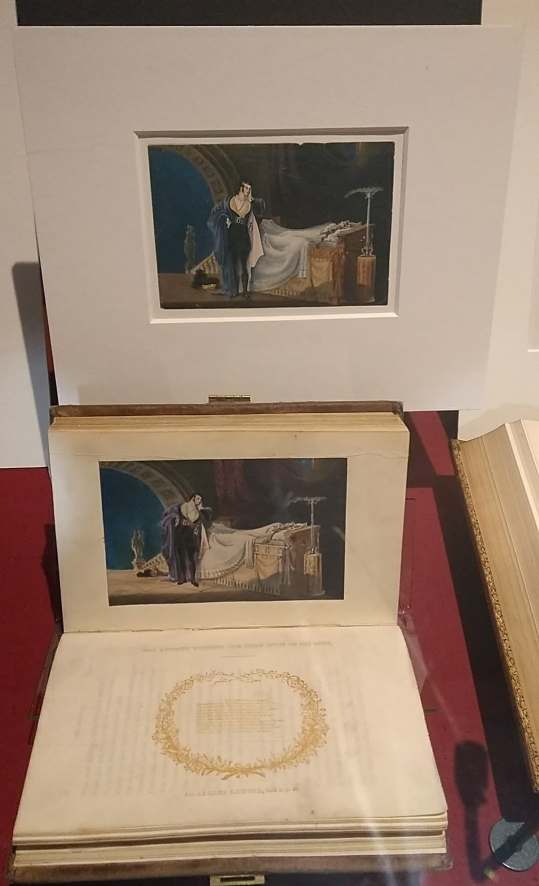 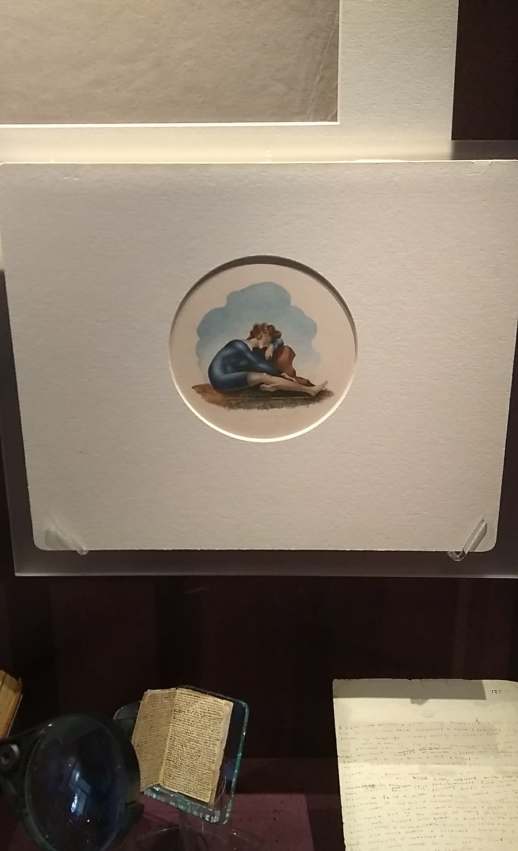 Above is Charlotte’s “Lycidas” from 1835. Front left is one of the Brontë tiny books, part of the Young Men’s Magazine series, and front right is the fragment now known as “Farewell to Angria” from 1839, the last extant text of Charlotte’s to explicitly feature the Brontës’ fictional world of Angria. 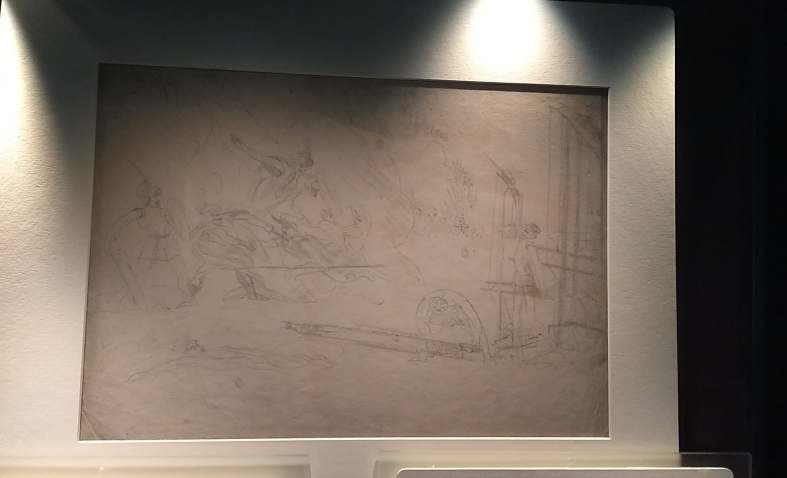 I’m so glad they decided to keep the recreation of Branwell’s messy study, which was created last year for Branwell’s celebrations. It’s such a shame there was nothing like this for Emily.

Two images of Maria Branwell Brontë. On the left she is depicted as a 15 year old by J. Tonkin in 1799, before she left Cornwall or met Patrick Brontë. On the right is a painting by her daughter Charlotte painted c.1830.

And finally, here is one of Emily’s famous diary papers on display as part of Making Thunder Roar. 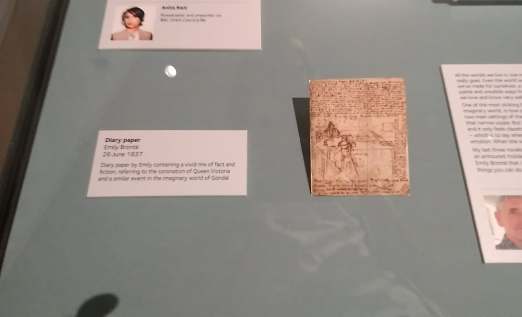 By Nicola F. a.k.a The Brontë Babe.

Reading is my favourite occupation, when I have leisure for it and books to read' - Anne Brontë

This blog is a selection of interesting things I've come across during my history research. I have a wide interest in history ranging from Wars of the Roses, country houses, Stuarts, Georgians, Louis XIV, Napoleon and criminals. So expect to see a bit of everything on here, with a focus on little known stories.