July 30th 2018 marks the bicentenary of Emily Jane Brontë, the fifth of six children born to Patrick and Maria Brontë in Thornton, Yorkshire in 1818. Brontë is of course the celebrated author of the novel Wuthering Heights (which is no hot mess) and some remarkable poetry. However, she is also a contributor to a literary saga began in childhood with her siblings. I am of course talking about the Brontë juvenilia. Let me set the scene for readers unfamiliar with Glass Town, Angria, and Gondal.

On 5th June 1826, Branwell Brontë was given a set of wooden toy soldiers by his father, and it was this event which saw the birth of the Brontës’ young men’s plays. Despite the gift being for Branwell, his sisters were also attracted to the soldiers and so Branwell, Charlotte, Emily, and Anne each claimed a soldier of their own, naming them, and creating the characters that would become an integral part of their childhood games and stories. Charlotte chose her political hero, the Duke of Wellington; Branwell chose a character who was the antagonist of Charlotte’s hero both on and off the page, Naopoleon Bonaparte; Emily and Anne chose Gravey and Waiting Boy, who would eventually evolve into the famous explorers, Parry and Ross. These soldiers, known as The Twelves, made their way into the Brontës’ earliest writings and eventually became the centre of their imaginary world of Glass Town. 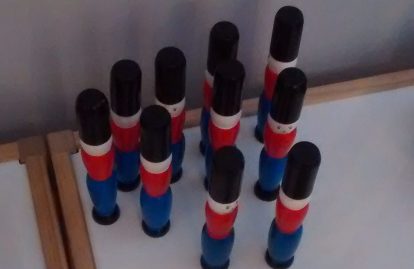 Both Charlotte and Branwell recorded this event in their famous tiny books which were influenced by the Brontës’ favourite periodicals of the day including Fraser’s Magazine and Blackwood’s Magazine. Their childhood play developed into plays, and their plays developed into narratives where the siblings were free to experiment with the writing, editing, and production of texts. The Brontës produced numerous incarnations of these imitation periodicals over the years including Branwell’s Blackwood’s Magazine, Blackwood’s Young Men’s Magazine, and The Young Men’s Magazine. Charlotte and Branwell took the lead as the oldest and only boy respectively, and consequently Parry and Ross took a backseat to Wellington, Bonaparte, Rogue, Lord Charles, Douro, and Captain Tree. The younger siblings may have been frustrated, or simply bored with the controlling literary antics of Charlotte and Branwell, and they eventually broke away to create their own world of Gondal in 1831.

Unfortunately, very little of the Gondal saga survives, the writings having been either lost or possibly destroyed over time. There are no extant prose pieces, although some of the sisters’ poetry remains in addition to a handful of vague references to Gondal and incomplete character lists in Anne and Emily’s diary papers which leave tantalising clues to their lost world. From the fragments that remain, we can ascertain that Gondal is an island in the North Pacific, and its capital is Regina. There are four parts to Gondal (Angora, Alcona, Exina, Gondal), and unlike Charlotte and Branwell’s Glass Town, it is reminiscent of the Yorkshire the Brontës knew and loved. The names of Gondal’s characters have been difficult to establish as, like the Glass Town/Angrian saga, several characters seem to have different aliases. Some interesting characters from the saga include Rosina Alcona, a haughty member of the Gondal aristocracy who has been likened by critics to Catherine Earnshaw in Wuthering Heights; Alexandrina Zenobia, a speaker of four of Anne’s poems who shares a name with the beautiful bluestocking and heiress from Glass Town/Angria, Zenobia Ellrington; and Augusta Geraldine Almeida, the ruthless and beautiful Queen of Gondal who has many lovers including Lord Alexander Elbë and Alfred Sidonia, and is eventually overthrown and assassinated.

Despite the fragmentary nature of the Gondal saga today, it is evident that it is a vastly different world to Glass Town and Angria, filled with beautiful, complicated, and incredibly powerful women rather than lusty male libertines battling for control over their land and women. The mystery surrounding Gondal hasn’t prevented critics and authors from trying to piece together or recreate the saga over the years. In Tales of Glass Town, Angria, and Gondal, Christine Alexander includes pieces of Emily’s poetry that are set in her fantasy world, and the respected Brontë juvenilia critic Fannie Ratchford published Gondal’s Queen: A Novel in Verse, which consists of 84 of Emily’s poems arranged in a logical sequence in an attempt to recreate her Gondal narrative.

Although the majority of Emily’s own creations are long gone, there is a surviving complete narrative which gives us glimpse of the type of world Gondal was, and Emily’s preference for a setting more like the Yorkshire she knew and loved rather than the lavish African settings preferred by her older siblings. This piece however is Charlotte’s Glass Town narrative, A Day at Parry’s Palace. Written on August  23rd 1830 when Charlotte was just 14, the tale featured in the third issue of The Young Men’s Magazine. Normally housed in the Brontë Parsonage Musuem, it is currently on display as part of the Which Way North exhibition at the Great North Museum, Newcastle. This piece is all the more fascinating as it was written before the siblings’ partnership officially fractured in 1831, and Emily and Anne’s characters were still playing second string to Charlotte and Branwell’s in Glass Town.

The tale is set in Parry’s Land which is controlled by Sir William Edward Parry (Emily’s chief man in their original plays), and is ostensibly unremarkable; Charlotte’s favourite character and pseudonym, the spoiled and precocious child author Lord Charles Wellesley, is bored and takes a trip to Parry’s Land at the suggestion of his older brother Arthur. Whilst there, Lord Charles dines with Sir Edward and Lady Emily Parry, and also encounters Anne’s chief man, Captain John Ross, who is taken ill after dinner the night after Charles’ arrival. Although a creation of Anne, Ross’ life is saved by Genius Emily (one of the four Chief Gennii of Glass Town who represent the Brontë siblings on the page) rather than Chief Genius Annii. This may simply be because the narrative is set in Emily’s world, and so Chief Genius Emmii controls the events there (despite the narrative being penned by Charlotte a.k.a. Chief Genius Tallii). Lord Charles returns home to Glass Town the following morning as he finds Parry’s Land “intolerably dull” but nevertheless is questioned by many people about his visit over the next few days which, he explains, is why he has written about his boring trip to Parry’s Land in The Young Men’s Magazine. 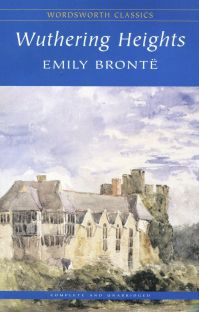 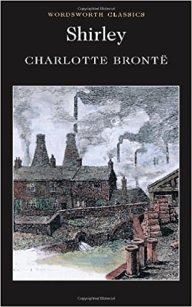 Although a short piece, the tale is particularly interesting as it not only gives us a glimpse of a Gondal-like setting, but it also highlights the differences in the two sisters’ styles, with Charlotte using her pseudonym to openly scorn Emily’s preference for more realistic and unromantic characters and settings than those found in her own depictions of high life in society in Glass Town. The piece is also notable for an early attempt by Charlotte to recreate local dialect in her work, and I have to wonder whether this was also an attempt to mock Emily’s style as we know from Wuthering Heights that Emily was capable of reproducing the Yorkshire dialect, and that Charlotte used dialect to distinguish between the rich mill owners and the labouring classes in Shirley, perhaps demonstrating Charlotte’s association between Yorkshire dialect and a more provincial class of people. This association can be traced back to her early work such as A Day at Parry’s Palace where Emily is pronounced “Aumly”, and dirty and greasy pinafores are worn by the women instead of beautiful dresses.

It has not been my intention to compare the sisters in this piece, but rather to highlight a glimpse of Gondal that can be found in Charlotte’s work even before its official creation the following year. It is evident that the siblings still read one another’s work at this point in time, and Charlotte may have been gently mocking Emily rather than attacking her sister’s creations. After all, there is nothing malicious in the piece to suggest otherwise. It is probable that Emily read this piece herself, but just like her actual Gondal saga, her reaction to it will remain as mysterious and enigmatic as the woman herself.

Happy birthday, Emily. I only wish we had been left with more of your Gondal saga, but rest assured, what we have will remain an eternal source of fascination to readers.

I’d also love it if you stopped by The Journal of Juvenilia Studies where you can read my essay, “Autobiography, Wish-Fulfilment, and Juvenilia. The ‘Fractured Self’ in Charlotte Brontë’s Paracosmic Counterworld”.

Brontë fan, blogger. writer, animal lover. Debut novel, A Tale of Two Glass Towns, coming soon. I blog about all things Brontë! If you like what I do, please consider following/supporting my blog or via the links below: https://ko-fi.com/brontebabeblog https://twitter.com/BronteBabeBlog https://www.facebook.com/BronteBabeBlog goodreads.com/brontebabeblog View all posts by Brontë Babe Blog

"I'm just going to write because I cannot help it."