In my last post, Two Romantic Tales by Charlotte Brontë -Part One: The Twelve Adventurers, I looked at the origins of the Brontës’ famous twelve toy soldiers both on and off the page. Presented to Branwell in 1826 by the siblings’ father, Patrick, these characters kickstarted the Brontë juvenilia on the page and were arguably the literary ancestors of all the characters who came afterwards in what became an epic saga. Their origins in the Brontës’ African fantasy world were documented by Charlotte when she was just 13 years old. Two Romantic Tales is a hand-sewn booklet which is signed “C. Brontë” and dated April 28th 1829. The booklet was formerly in the Law Collection at the Brontë Parsonage Museum, but has been considered to be lost for a number of years now. For her anthology, An Edition of the Early Writings of Charlotte Brontë, Volume 1 (Basil Blackwell, 1987), Brontë scholar Christine Alexander had to rely on older transcriptions of the booklet rather than provide an original transcription. The manuscript contains two tales: A Romantic Tale (or The Twelve Adventurers) which was written on 15th April 1829, and An Adventure in Ireland. As promised, after initially focusing on The Twelve Adventurers, here is a short post about Charlotte’s short story, An Adventure in Ireland.

An Adventure in Ireland is a tale in which an unnamed narrator is travelling around the south of Ireland. There is no indication why the narrator is there, what they are looking for, or even who they are. Although the tone and style is suspiciously like the character who would become Charlotte’s favourite pseudonym and narrator, Lord Charles Wellesley, he would not officially appear in Charlotte’s writing until his introduction alongside his brother Douro a few months later in the The First Volume of the Tales of the Islanders which is dated June 30th 1829. This tale actually reminds me a little of A Day at Parry’s Palace, written by Charlotte on August  23rd 1830 in which Charles wanders in search of adventure because he is bored. Although not stated, I’m assuming the narrator is male due to Charlotte’s frequent habit of adopting a male voice in her juvenilia.

An Adventure in Ireland begins with the narrator ascending the mountains in the village of Cahir one evening in August and catching sight of “a fine old castle” which is later revealed to be O’ Callaghan Castle. Although the village name was previously transcribed as Cahin in other published versions of the manuscript, Alexander suggests that Cahir, a town in Tipperary in Ireland is more probable due to the narrative’s title. The narrator makes his way to the bridge of the castle and spots the mountains of Killala, which in reality are located in County Mayo in Ireland. Although Charlotte was just 13 years old when she penned this tale, her raw talent shines through with beautiful detail such as, “Over all, the grey robe of twilight was now stealing with silent and scarcely perceptible advances. No sound except the hum of the distant village and the sweet song of the nightingales in the wood behind me broke upon the stillness of the scene”. 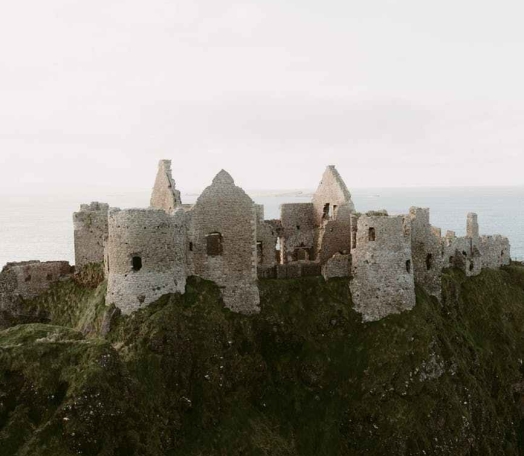 Photo by Iain on Pexels.com 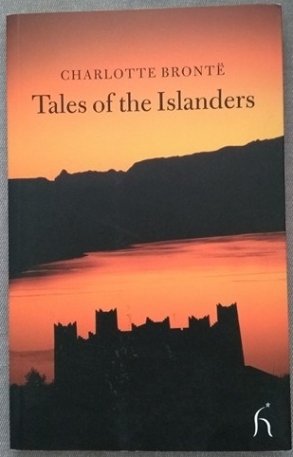 Whilst the narrator is admiring the beauty of the surroundings, a gentleman named Mr O’Callaghan greets him, enquires whether he is a stranger to the village, and invites him to spend the night in the castle. Upon arriving at the castle, the narrator meets an old woman who is the gentleman’s mother and learns that her husband has been dead for around a year. After a night of cordial chatter, the narrator is shown up to his sleeping quarters by a young boy named Dennis Mulready. The boy informs him he would not sleep in the room because of the ghost of the old master who haunts the place. The boy bids the narrator goodnight and wishes that “the saints keep you from all fairies and brownies” in a little nod to the Brontë siblings’ love of the supernatural.

The narrator passes a strange night which is full of terror, awakening to hear a strange noise and see a skeleton wrapped in a white sheet after looking through the curtains in the room. I confess, I couldn’t help but think of Cathy at Lockwood’s window in Emily’s Wuthering Heights when reading this part. The skeleton then commands the narrator to, “Arise, that I may show thee this world’s wonders”. The scene then shifts and the narrator is surrounded by darkness, and hears “the roar of mighty waters”, then sees “clouds of spray arising from high falls that rolled in awful majesty down tremendous precipices”. The narrator then finds himself “in the mines of Cracone” which is full of “high pillars and stately arches, whose glittering spendour was never excelled by the brightest fairy palaces” in a possible nod to a literary favourite of the Brontës, The Arabian Nights. The figures of the “homely miners” form a strange contrast to their grand surroundings. The narrator still feels a sense of terror, even more so when the rushing waters threaten to overwhelm the scene.

When the scene shifts again, the narrator is a barren desert, which may or may not have a connection to the desert in Charlotte’s previous tale, The Twelve Adventurers. The narrator trips over a rock and disturbs a “royal lion rousing himself from his kingly slumbers”. The lion advances on the narrator but then suddenly, he is back in his room and Dennis is opening the curtains to let in the sunshine as he announces that, “it’s been a windy night, though it’s fine now”. This is where the tale ends, and Charlotte presumably hoped to leave her readers wondering whether the night’s events were real or took place merely in the narrator’s imagination and dreams.

Although this is a very short tale, I enjoyed it due to it being an early example of Charlotte’s fascination with the Gothic novel, which of course would later come to beautiful fruition in Jane Eyre. It is also a narrative which pays tribute to her Irish roots. I wonder whether this may have been inspired by one of Patrick’s fire-side Irish tales? The story also hints at Charlotte’s fascination with the supernatural, one which does crop up in her later works such as Jane Eyre and Villette.

In Loving Memory of Bob the Bichon. 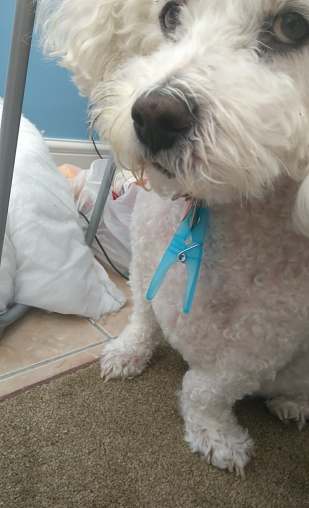 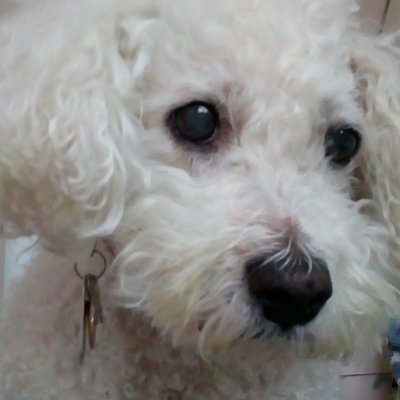 I’d also love it if you stopped by The Journal of Juvenilia Studies where you can read my essay, “Autobiography, Wish-Fulfilment, and Juvenilia. The ‘Fractured Self’ in Charlotte Brontë’s Paracosmic Counterworld”.

All quotes above are taken from  An Edition of the Early Writings of Charlotte Brontë. Volume I. The Glass Town Saga 1826-1832 (Oxford: Basil Blackwell, 1987), edited by Christine Alexander.

Historical and Literary Fiction / Essays / Poetry / Reviews /Book Cover and Interior Illustrations / Pet Portraits and Other Commissioned Artwork ... "Prose may be the lowest order of the rhythmic composition, but we know it is capable of such purity, sweetness, strength, elasticity, as entitle it to a place as a sister art with poetry." Thomas Hall Caine (1853 -1931) from his firsthand "Reflections of Dante Gabriel Rossetti"