At the beginning of 2019 I drew up my reading challenge for the year and aimed to read at least 30 news books in addition to ticking off specific tasks such as reading a new piece of Brontë inspired fiction. I hoped that by making a list, I would be able to read more widely. Although I do have interests ranging from Shakespeare, to William Blake, and Philip K. Dick, I normally stick to 18th and 19th century works by authors such as Jane Austen, Charles Dickens, and the Brontë siblings. Although I have squeezed in a fair bit of the Brontës this year, I’ve definitely made some new discoveries and thought I’d share them. Reader, enjoy.

Agatha Christie is the Queen of Crime

Male of female, old or young, British or American, nobody can better Christie, particularly if it’s English crime stories you happen to be fond of. Yes, some of her stories have a continental flair but they are, deep at heart, classic English crime stories. I’ve read some of Christie’s Poirot and Marple books prior to this year, but I’ve had a bit of a Poirot binge in 2019 and been truly enthralled by the likes of of his first outing, The Mysterious Affair at Styles, the terrific The ABC Murders, and the poignant and brilliant Curtain: Poirot’s Last Case which wraps the Poirot novels up back at Styles many years later. There’s a reason that Christie’s popularity shows no signs of dimming; she’s just such a fantastic writer. The less said about some of the more recent BBC adaptations of her work though, the better. 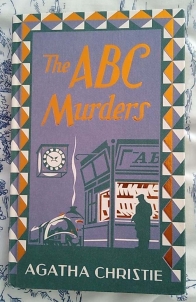 George Bellairs is an Overlooked Master of Crime

Unfortunately, Bellairs is largely forgotten these days and I admit I hadn’t heard of him until recently when I picked up the brilliant Surfeit of Suspects (1964). A bank manager who penned more than fifty novels, over the years Bellairs conjured up some neglected gems. If it’s British crime classics you’re after, you could do a lot worse than pick a tale by Bellairs up. A recurring main character, Inspector Littlejohn of Scotland Yard, a crime, a mystery, a list of suspects and motives, and traditional British settings means his work really captures the time he was living and writing in. At times, Surfeit of Suspects really feels like opening a window onto a past not really so very far away in time from us, but a million miles from everything else. I’ve already made my way through another of his books, Death in Dark Glasses and have three more stored on my kindle.

Time Travel can Still be Original

Mark Lawrence’s novels One Word Kill and Limited Wish are the first two parts of a trilogy which successfully merges YA fiction with some time travel shenanigans. Throw in a life-threatening illness that the protagonist, maths genius, Nick Hayes, has to deal with, his regular D&D group meetings, his feelings for girls named Mia and Helen, a future with infinite possibilities, and you have something original and fascinating. The focus is heavily on teenage boys in the 1980s, so this one isn’t for everyone, but I really enjoyed these despite having nothing in common with most of the characters. I also really enjoyed the time travel aspects of the book. For time travel narratives to work, an author needs to be able to establish the rules of his universe, convey it to the reader, and create a scenario where he can execute it and keep the reader interested. Lawrence manages to do this and I can’t wait for the third installment, Dispel Illusion, in November.

One of the tasks on my reading list this year was to read a classic of children’s literature that I haven’t read before. I had a few titles lined up for this and I’m still hoping to get through them all this year. However, the one that I eventually chose to pick up was The Secret Garden by Frances Hodgson Burnett. The story of sullen orphan Mary Lennox, raised in India, who suddenly finds herself in a manor house on the Yorkshire moors and in another world entirely. Mary discovers much about the world around her and herself as she befriends the wonderful Dickon, a boy at home with his animals on the moors, and her equally sour cousin Colin. With the help of the cranky old gardener, the trio combine to try to reawaken the Secret Garden of the title. I absolutely adored this book; published originally in serial form in 1911, it’s both a product of its time and a glimpse into a lost world in addition to being a timeless classic about nature, childhood, growth, healing, belonging, and acceptance. It’s a truly wonderful book and stands the test of time. There are also a few little (possibly intentional) nods to the Brontës in there, particularly the weather which is often described as wuthering. That’s not surprising though considering that Burnett’s A Little Princess seems to have been inspired by Charlotte Brontë’s unfinished novel, Emma.

The Brontës Continue to Inspire Authors, Bloggers, and Readers 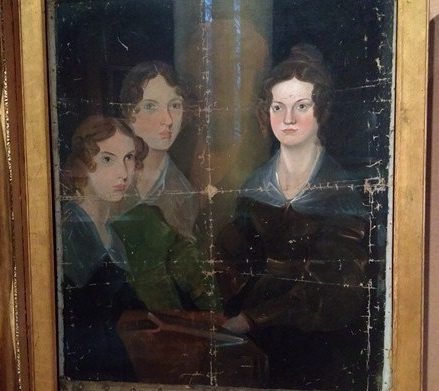 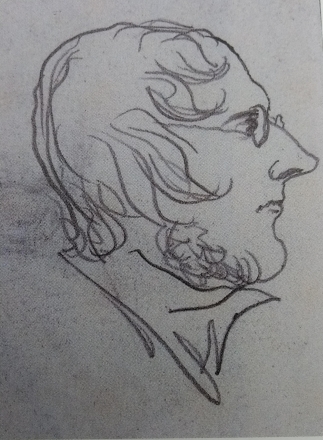 Finally, a word on my beloved Brontës. They are a family whose lives and works continue to inspire authors, bloggers, readers, and even film-makers from all across the globe. Recently, The Eyre Guide managed to track down and review a Chinese adaptation of Charlotte’s Jane Eyre, I’ve been inspired by the spirit of Patrick Brontë this year after losing my beloved boy, Bob the bichon, and wrote Bob the Bichon and Patrick Brontë: In Sickness and In Health. There have also been more biographies of other, less documented players in the Brontë story this year (Elizabeth Branwell and Maria Branwell Brontë) from authors Nick Holland and Sharon Wright. Preparations are under way for Anne’s bicentenary celebrations and there will be an art exhibition commemorating her at Woodend Art Gallery in Scarborough next year. I’ve been in touch with more people than ever about Branwell’s wonderful writing this year; it seems like tide is beginning to turn and the Brontë boy’s work can come out of the shadow of his turbulent personal life. Emily, meanwhile continues to inspire projects like The Unthanks, music inspired by her poetry.

Have you made any literary discoveries of your own in 2019? I’d love to know if you have.

In Loving Memory of Bob the Bichon. 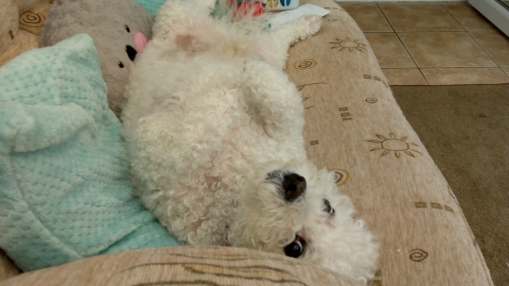 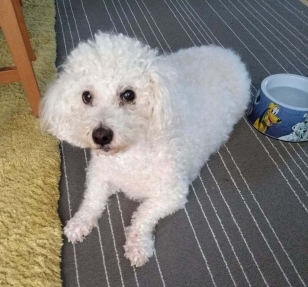 7 thoughts on “Literary Discoveries in 2019”