I escaped the working from home life earlier this week and made a trip to Wycoller Village to recharge my batteries and wind down. I took many pictures and videos and this post is a chance to share them with you and introduce you to the village’s Brontë connection. Reader, enjoy.

Wycoller is a village in Lancashire, England which lies on the border of Yorkshire and Brontë Country. It is an ancient village which is thought to date as far back as the tenth century B.C. In the crazy time of 2020 it’s refreshing to get out into the country for a breath of fresh air, and Wycoller’s tranquil setting is perfect for a relaxing walk. There are few dwellings in the area and you can see the country for miles around at certain points. 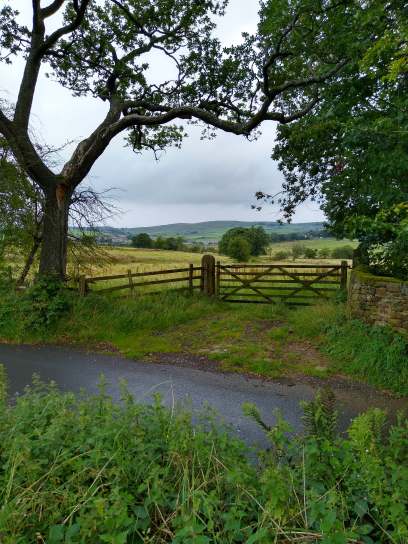 Despite its size, the little village has a few claims to fame. Several scenes from the film, The Railway Children (1970) were filmed here as well as just across the border in West Yorkshire, including scenes in and around Haworth, home of the Brontë family. The Brontë sisters were also said to have visited the area, with Charlotte using Wycoller Hall as the inspiration for Mr. Rochester’s house, Ferndean Manor in her 1847 novel, Jane Eyre. The village is home to Wycoller Beck and the ruins of Wycoller Hall. The beck is a stream which runs through the village and is almost 4 miles long. In total there are seven bridges which cross it, but the three most famous are probably: the Pack-Horse Bridge (below left), Clam Bridge, and Clapper Bridge (below right). 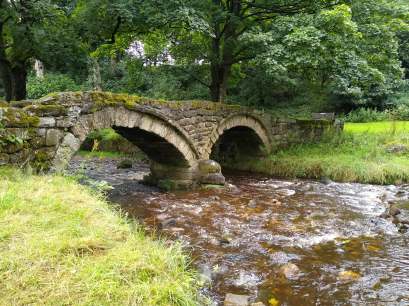 I took a few grainy videos on my phone as I explored the village earlier this week. I wanted to share them with my fellow Brontë lovers so I uploaded them to my Brontë Babe Blog Youtube channel. They’re currently the only things on there but as and when I begin to get about more, I intend to post more Brontë related content. I’ve posted a few videos here but there are a few more snippets on there if you want to check them out. Sorry about the quality!

The video above is footage from my walk along the Pack-Horse Bridge, a two-arched structure and is thought to date from 13th-15th century. You can see the ruins of Wycoller Hall and the Clapper Bridge in the distance. Unusually, the arches of the Pack-Horse Bridge are not equal and its base-stone boulders are also uneven which gives the bridge a rather quirky appearance. Clam Bridge is listed as an ancient monument and according to some historians is over 1000 years old, however others claim it only dates as far back as 15th or 16th century, making it younger than the Pack-Horse Bridge. It is made up of a single slab with one end resting on the bank of the beck, with the other resting on stones. There was once a safety rail attached to one side; the holes can still be seen despite the rail’s disappearance.

The Clapper Bridge has also been known as The Weavers’ Bridge or The Hall Bridge, the latter probably due to its location right next to Wycoller Hall. It has a basic structure and has required reconstruction over the years due to flooding in the area. This is believed to date from around the 16th century.

Wycoller Hall (pictured above) also has a long history, dating back to the 16th century; it was built upon the site of a house occupied in 1507 by Piers Hartley. By the end of that century, Hartley’s building had been replaced with a more substantial building. Eventually the house came to be owned by the Cunliffe family after the marriage of Hartley’s daughter to a Cunliffe in around 1611. Over the years, the house was passed onto several brothers who all died without heirs and so eventually passed onto a distant relative, Henry Owen, who assumed the surname Cunliffe in order to inherit the property.

Henry oversaw a renovation of the hall and moved in with his wife. However, he ran up debt due to his gambling and following his death in 1818, his nephew, Charles Cunliffe Owen inherited the property but as he could not afford to pay off the debts, the hall went to creditors and passed through several more relatives, and it began to be dismantled. Parts of the stonework were at one point sold to build a nearby cotton mill.

As stated above, Wycoller is a short distance from Haworth, home of the Brontës, and the sisters are said to have visited the area, with Wycoller Hall apparently being the inspiration for Mr. Rochester’s home, Ferndean Manor in Charlotte’s masterpiece, Jane Eyre. I wonder whether the occupants inspired her characters? Interestingly, Elizabeth Cunliffe, who lived in the hall, became Elizabeth Eyre through marriage. I wonder what the hall would have looked like at the time the sisters are thought to have visited? It must have suggested so much to their fertile imaginations.

Standing in the ruins, it’s not hard to imagine a brooding and wounded Rochester pining for his Jane. One can imagine it as both the ruined Thornfield and the peaceful retreat that Ferndean turns out to be due to the surrounding area. An image of Wycoller Hall was actually used even used on the cover of the 1898 edition of Jane Eyre.

As the hall was unoccupied towards the end of the 19th century, large portions of the stone were taken to be used on local buildings. What remains of Wycoller Hall now are ruins, however, there is a haunting and romantic beauty about the place and its surroundings. Very Gothic, very Brontë-esque. Lancashire County Council now own the area, and the ruins of the hall which is Grade II listed. Wycoller Village is now a country park and conservation area where you can escape to take a peaceful walk and re-connect with nature. 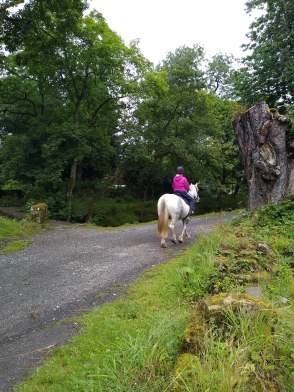 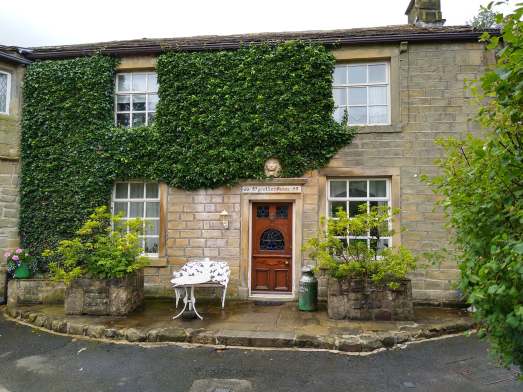 It’s a beautiful little place and Haworth is a short distance by car, foot, or horse if you fancied taking in some more of Brontë country at the same time. The Brontë Way passes though Wycoller and finishes at Gawthorpe Hall, a place where Charlotte stayed with the Kay-Shuttleworths in 1850 and 1855. Sadly, during her visit in Jaunary 1855 she is said to have caught a chill in the grounds from which she never recovered. She died in March that year, with the chill thought to have been a contributing factor towards her ill health and weakened state just prior to her death.

A lover of life, the Brontës, Haworth, and Wycoller who knows that I’m just going to write because I can’t help it. Although not with me in body this time, he was with me in spirit.

7 thoughts on “Walking in Wycoller”