Last year I was given the opportunity to read and review Mr R. by Tracy Neis, Brontë-inspired fiction which is based on Charlotte Brontë’s 1847 novel Jane Eyre. Neis’s novel sees Mr. Rochester as Eddie, an ageing rock star who finds himself falling in love with Jenny Ayr, a sort of modern governess who has arrived on the scene to take care of the daughter of one of Eddie’s more troublesome (but also very loveable) bandmate, Gerry. Formally a member of The Pilots, the novel sees Eddie attempting to embark on a relationship with Jenny whilst hiding a dark secret. You know what I’m talking about Brontë fans. Neis puts her own spin on this though and I’d recommend tracking it down. Click here to read my spoiler-free review of Mr. R.

Back to Restless Spirits, Neis’s latest Brontë-inspired offering focusing on another member of The Pilots, Jim. The novel is a mash up of Emily Brontë’s Wuthering Heights (1847) and Anne Brontë’s Agnes Grey (1847), which features ghosts, tragedy, a sprawling family tree (again, Brontë fans know what I’m talking about), and a surprising amount of humour. The novel splits its time between Jim, who finds his way to a strange house following a car accident in America, and Maggie, a music teacher who tutors Jim’s children, Robbie and Clara, back in England. Jim finds himself bedbound and left to the mercy of the mysterious Cliff, a man with many secrets and a frosty nature. Isolated and seemingly trapped by Cliff, Jim is left to fret about his injured foot, and there are some serious Stephen King vibes going on initially and you’re left to wonder if Cliff will turn out to be some kind of Misery-style superfan. As he attempts to recuperate, Jim is haunted by a ghost named Cathy, Cliff’s sort-of-sister and lover. Meanwhile, back in England, Maggie is plagued with hearing the voice of a Victorian woman in her house, thinking she’s going slightly mad. 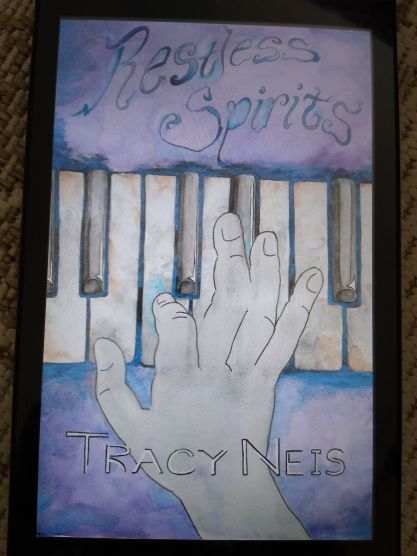 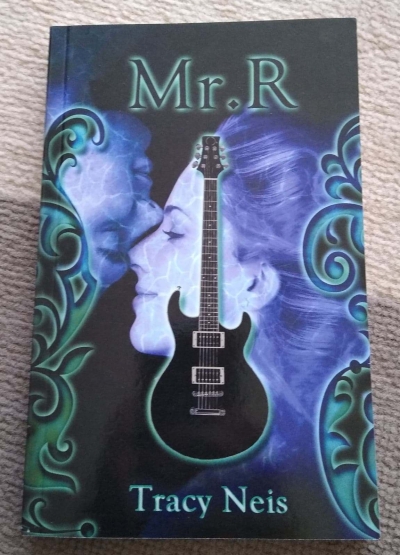 As the narrative continues, Jim meets Cliff’s housekeeper, Nessie, and learns more about his past, and his passionate relationship with Cathy and their rather confusing and twisted family tree.  Back in England, Agnes the ghost forces Maggie to reminisce about her own past, and confront her true feelings in the present. It’s all wrapped up at the end, and there are some surprising connections between some of the characters. Having said that, it’s partially based on Wuthering Heights, so there is, of course, an element of mystery left to the story’s resolution. Restless Spirits is a little spooky, but I also found it very warm and funny in places. There is also a nice little passage about Cathy’s soul wandering after her death that I enjoyed too. The novel does contain explicit language and some explicit scenes between characters so be careful when recommending this one to certain groups of people. I admit I enjoyed the Jim sections more than the Maggie ones, and felt that perhaps Maggie’s story was a little underdeveloped (I would have liked a little more background so we can really get to know her character properly). But then again, this could be a reference to the milder character of Agnes Grey in Anne’s eponymous novel versus the forces of nature we are presented with in Emily’s Wuthering Heights, and the ones encountered by Jim.

Overall, Restless Spirits is an engaging and enjoyable read with plenty of nods to the Brontës and their lives and works (Ellen Nussey, Mary Taylor, The Black Bull etc.). What I found especially funny was the little shout-out to Cliff Richard, a British icon (let’s not pretend otherwise) who did actually once play Heathcliff if you can even begin to imagine that. I have no idea if this reference was intentional but I enjoyed it. I loved the merging of two very different storylines and the spin Neis puts on it. Reader, I really enjoyed this one, and I actually think it’s better than Mr. R. It’s a good one to pick up for Halloween season too. Fingers crossed the third novel in the series comes hot on its heels. And also that it focuses on Gerry who sadly doesn’t make an appearance here, but you can track him down in Mr. R. Keep them coming Tracy!

Blogger and writer who doesn't get out of bed for anything not related to the Brontës or time travel. Debut novel, A Tale of Two Glass Towns, coming soon. If you like what I do, please consider following/supporting my blog or via the links below: https://ko-fi.com/brontebabeblog https://twitter.com/BronteBabeBlog https://www.facebook.com/BronteBabeBlog goodreads.com/brontebabeblog View all posts by Brontë Babe Blog