I have many literary passions but right at the top are things such as the works of the Brontë family, detective stories, and science fiction. An eclectic mix, I agree, so you can imagine my delight when I came across The Eyre Affair by Jasper Fforde which promised to combine all three. I admit that I bought it and read a couple of pages before placing it on my shelf for a couple of years. The many lockdowns I have experienced over the past 12 months have led to several long overdue clear outs and attempts to make more space for new books. Some tough decisions were made and things that didn’t make the cut included books that had sat unloved on my shelves for quite a while. With the memory of my first failed attempt to read it, The Eyre Affair was placed on my list of “books to read by (insert date) or else they will be given away”. Even still, it was discarded several times when I didn’t read it by my allocated date, but for some reason was saved every time. So one day I decided to sit down and just read it. And once I started, I just couldn’t put it down.

I have to say that although it certainly is Brontë inspired fiction, don’t make the mistake of thinking that it is some kind of re-telling of Charlotte Brontë’s Jane Eyre, or even that most of the narrative is dedicated to this. There is a hefty chunk of non-Brontë material to get through first and Jane Eyre does make up a significant part of the ending but it’s far from the focus of the narrative. I imagine the title was chosen mainly because it sounded better that The Chuzzlewit Affair, or something along those lines. Confused? Intrigued? You should be. Below is a spoiler free review to anyone who is familiar with the plot of Jane Eyre.

The plot is set in an alternative version of history, and  follows a detective named Thursday Next who is assigned to the Swindon Litera Tec unit of the Spec Ops. Thursday relocates from London at the start of the narrative and has a pet Dodo named Pickwick which has been created through some form of cloning (I think). Thursday is a veteran of the ongoing Crimea War in the novel, a war in which her brother was killed and her former flame lost his leg. Thursday’s father is a mysterious figure who pops in and out of the narrative as he is able to stop time (he formerly belonged to a different division of the Spec Ops) and his entrances are amusing. Thursday expects her new job to be mundane but her first day on the job sees her meeting a character who hunts down vampires. It’s a barmy and bizarre world that you have to buy into otherwise you’ll never get into the narrative. There’s a touch of sci fi master Philip K. Dick in The Eyre Affair with its alternative history, shadowy global corporation, curious occupations, and fantastically unique character names. 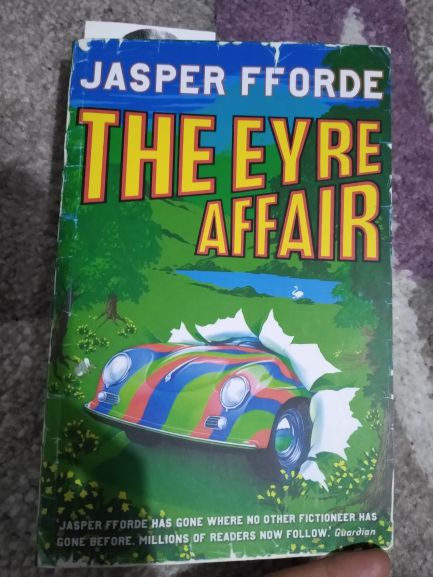 The action really begins when Thursday is promoted to assist in the capture of one of her old university professors, a terrorist and criminal mastermind named Acheron Hades who is seemingly killed in a car accident. However, Hades reappears and begins to abduct characters from the novels in which they appear, beginning with a character from Martin Chuzzlewit by Charles Dickens. The Litera Tecs are forced to up their game when Jane is kidnapped from Jane Eyre, leaving a distraught legion of fans and a devastated Mr Rochester who will do anything to get his Jane back. Throw in Thursday’s Aunt Polly, Uncle Mycroft, a machine called a Prose Portal, a passionate Wordsworth, and an antagonist named Jack Schitt (I told you these names were fun), and you’ve got a recipe for a crazy sci fi detective adventure.

The plotting and pacing is good and I found myself racing through this one not to see whodunnit, howdunnit, or whyhedidit, but really just what exactly is going on in Thursday’s crazy world. Determined, intelligent, and taking everything in her stride, Thursday makes for a good protagonist and heroine. Obviously I enjoyed the Jane segments a lot, but the novel is packed with interesting and intriguing passages, situations, and characters. Like I said, if you’re not really into sci fi and can’t suspend your disbelief then this one isn’t really for you. The conclusion is good even if I wasn’t overly happy with the final chapter which sees the return of possibly the most bland character in the novel. I’d defintely recommend a trip to the mad world of Thursday Next if you’re looking for your next Brontë inspired adventure. 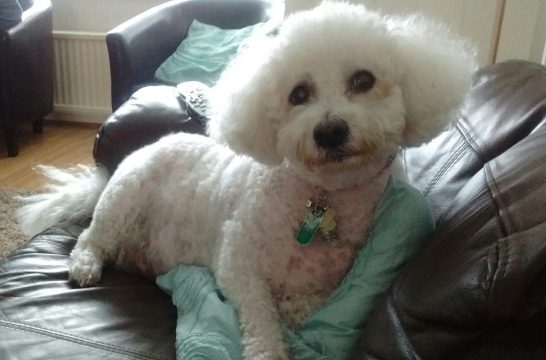 Brontë fan, blogger. writer, animal lover. Debut novel, A Tale of Two Glass Towns, coming soon. I blog about all things Brontë! If you like what I do, please consider following/supporting my blog or via the links below: https://ko-fi.com/brontebabeblog https://twitter.com/BronteBabeBlog https://www.facebook.com/BronteBabeBlog goodreads.com/brontebabeblog View all posts by Brontë Babe Blog

10 thoughts on “The Eyre Affair by Jasper Fforde”

"I'm just going to write because I cannot help it."